Bertolli Villas are 2 beautiful properties for rent, Villa Bella and Villa Sole Mio, located near the renowed village of Valgiano in Lucca - Tuscany. The Rental Holiday Complex is situated within the premises of a 15 hectare olive oil producing property so it is plunged in a wonderful countryside setting. 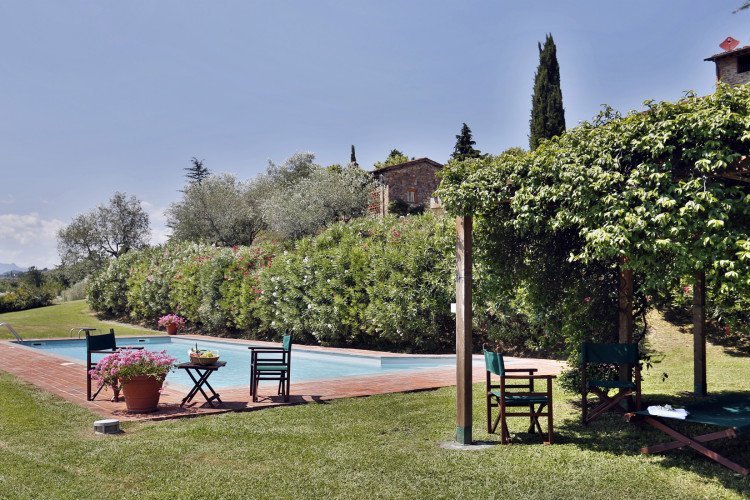 6+2 people are very comfortably housed in this very charming and cosy Villa (3 bedr. + 3 bathr.). Once a barn ten years ago Villa Bella was completely restored and furnished in an attractive style.
Villa Bella perfect to spend a luxury holiday in Lucca, relaxing and enjoing the beautiful country. 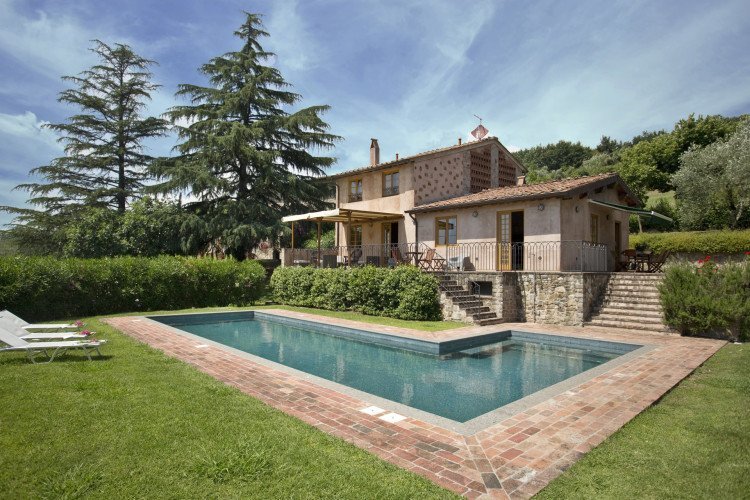 6 people are very comfortably housed in this very charming and cosy Villa (3 bedr. + 3 bathr.). Once a barn in 2008 Villa Sole Mio was completely restored and furnished in an luxurious style.
In this wonderful villa in tuscany time stands still and you can fully enjoy every moment of your holiday.

A short list of the main features of Bertolli Villas

Bertolli villas are located on the Lucca hills not far from the old town, a small medieval city surrounded by walls that are intact and have been able to maintain its authenticity and charm.
Lucca was founded by the Etruscans (there are traces of an earlier Ligurian settlement in the 3rd century BC called Luk meaning marsh in which the name Lucca originated) and became a Roman colony in 180 BC. The rectangular grid of its historical centre preserves the Roman street plan, and the Piazza San Michele occupies the site of the ancient forum. Traces of the amphitheatre may still be seen in the Piazza dell’Anfiteatro.

Not far are the historic cities of Pisa, Florence, Volterra, Siena and San Gimignano. The famous beaches of Versilia and the Cinque Terre and the mountains of Garfagnana are likewise within easy reach.
Tuscany has a unique artistic legacy, and Florence is one of the world’s most important water-colour centres, even so that it is often nicknamed the “art palace of Italy”, the region is also believed to have the largest concentration of Renaissance art and architecture in the world.

Mariano, Francesco, Camilla and Filippo are the owners of the property.

Francesco and his family are the manager of the property. They are very enthusiastic and welcoming people.

Filippo e Camilla may be around to let you in on your arrival or sort things out for you.

Chalinde, the Jack of All trades.

San Colombano is one of the most renowed location in Lucca. A peaceful area with magnificent views and full of tradition.